Kolo Moser died in 1918, the same year as his colleague and artist friend Otto Wagner. A hundred years later, four design sketches that Kolo Moser created for the glass windows of the Steinhof Church of St. Leopold are up for auction. They bear witness to one of the most important joint projects the two great protagonists of the Wiener Moderne ever engaged in.

Light, air, convenience, comfort … in 1899 Otto Wagner defined his demands for contemporary church design in a study entitled “Die Moderne im Kirchenbau” (“Modernity  in the construction of church building”). Critics were outraged; even the suggested building materials – concrete, glass, thin marble – were dismissed as blasphemous. They believed that the architect’s demands could only be justified in an exceptional case – the construction of a church for the “mentally ill” in Steinhof. In 1904, Wagner’s design for the Church of St. Leopold, attached to the psychiatric institution, was approved. Building began in 1905, and just two years later the church was opened to the public. Church authorities eyed the construction with great scepticism and had many objections. In 1905, Otto Wagner wrote in a letter to his friend Kolo Moser: “You cannot imagine what I am going through.” 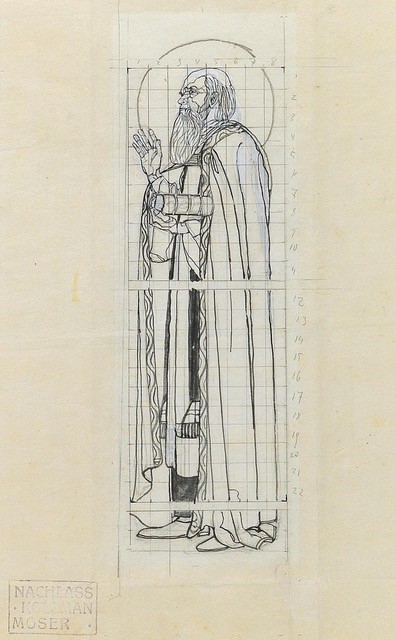 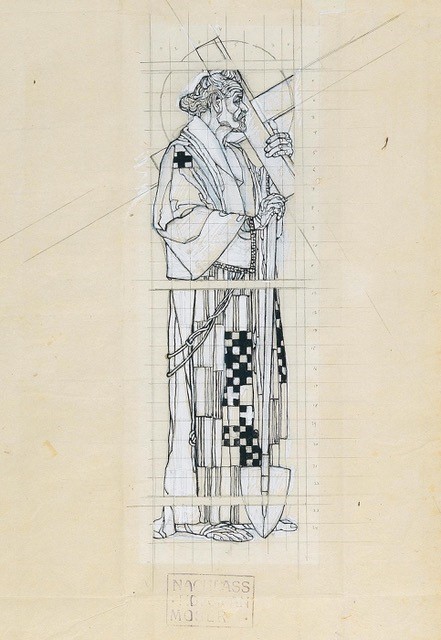 Otto Wagner had asked Kolo Moser to design the windows and altars of the church interior. The glass in the windows was to emphasise the brightness of the space and the radiance of the marble walls. The iconographic concept for the windows in the entrance wall and along the sides was to show the path, guided by mercy, prayer and sacrifice, that takes humans from their lost paradise on earth to the heavenly paradise. Moser chose a rich, decorative form language, strict stylisation, and dissolution into ornament. The prelate and ecclesiastical supervisor of the construction project was very taken with the window designs: “Moser’s style, a particularly technical one, will be suitable for the windows …” But he was outraged at the design for the altarpiece: it seemed like a caricature of its religious content; the angels looked like women blowing kisses, with coquettish flowers in their cutesy fashionable hairstyles. It did not help that Moser, much to the dismay of the clergy, had converted to Protestantism upon his marriage to Editha Mautner Markhof. Disagreements escalated until, in 1907, Moser was paid a fee of 13,700 Kronen for his window designs and stripped of his commission for the altarpiece. In 1907, a disappointed Kolo Moser wrote to Wagner: “So please! Let go of your dream of a complete work of art!” Nevertheless, the Church of St Leopold in Steinhof, Vienna, with Wagner’s architecture and Moser’s windows, is regarded as one of the most important church buildings in Modernism. 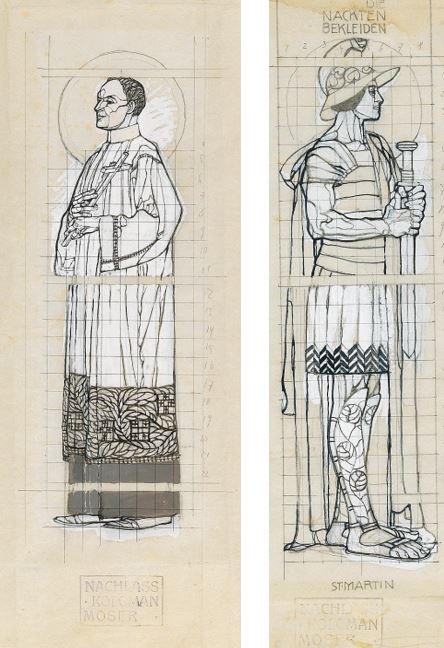 more about Koloman Moser, Otto Wagner and the “Wiener Moderne”