From fitness studios to nightclubs, from basketball to boxing, from London to Miami. Joe Fournier shows entrepreneurial drive in everything he does – even when it comes to collecting contemporary art. 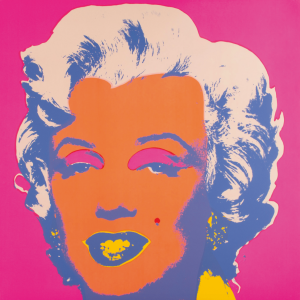 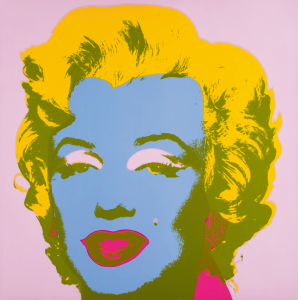 You have repeatedly entered new sectors and become successful in no time. How did this play out with your artistic endeavours?

My ex-girlfriend really loved art and wanted to be an artist. She painted me a painting once when she came to visit. I really loved it because no one had ever given me a painting. And it was cool, it was very good. I don’t think professional level, but to put on my wall it was nice. So a few years later we went to Venice, also to the Guggenheim Museum. And I’d always imagined art to be like, billions and billions of pounds. I thought it was way too expensive for me to even comprehend! But I started to like these pictures. I would take a picture, and another one … I googled these artists, and I was like, how much is this? I started to understand that I could actually buy some of this stuff.

When did you really get started with your collection?

I had done a deal in the UK which was very profitable. And I said, I don’t really know what to invest in. I don’t want to do real estate, because I already do hotels and I buy land. Then a friend of mine goes, why don’t you buy some art? He’d been my friend for five years and I knew he was an art dealer, but I’d never spoken to him about art in those five years. It was not my interest. He said, why don’t I find a couple of pieces, entry level to get you into it? I gave him a budget and he found me some art. And I was very happy, it was Ai Weiwei. I was in a rocky situation with the girl that introduced me to art and had gotten me interested in it. So I bought Damien Hirst’s big heart with the butterflies on it and gave it to her as a gift. You give someone a million-pound painting, they might like you a bit more. Didn’t work by the way. Yeah, it was a heart affair. So that was a million-pound lesson, but she left the painting, which I still have. And from then on, every time I did a deal I added to the collection.

What I love about Ai Weiwei is the back story, how he was persecuted and pushed as far away from his goal as possible but still reached his goal, and it actually helped him reach his goal. In your life, people will try to take you off that path – whether its people, emotions, substances, whatever it may be. And if you’re strong enough, you’ll always hit your target, mentally and physically. I always reached my goals, not because I’m the most talented, because I’m really not; I was a bit lucky, which I thank God for, but also I work really hard, like unreasonably hard. I only sleep four hours a day. I’ve never done a project that worked on day one. I always have to dig around as we move on, and I put in the hours to make it work. So there’s a bit of a connection with Ai Weiwei in that sense.

You are known to have obtained art from blue-chip artists. Could you name a few of them?

I have some Damien Hirst pieces, a couple of Andy Warhol pieces. But really, Ai Weiwei for me is my favourite pieces I bought. I love the marble surveillance camera. I feel like, with his stuff you can connect, as opposed to, say, the Van Gogh museum. It was beautiful, he was unbelievably talented and great, but I don’t know if it connects with modern day. I need something that I can connect to. So that was really the reason I got into art. I don’t rush to buy stuff. If it comes, it comes. I’m sure I’ve never sold anything but for the right price. I’m still a business man. I just kind of buy it and collect it, but I’d like to give most of the stuff I buy to my children when I have them, if I have them. You have to build a legacy.

Would you consider art collecting as part of your activity in the financial market?

No. I’ve never tried to sell anything, so I don’t know if it’s a good business or not. I feel like art is one of those things that is not liquid enough for me to take as an investment.

Have you had the chance to meet any of the artists?

I met Ai Weiwei once. It was very brief, and I really enjoyed meeting him. I live in Miami half the year so I’m friends with a lot of modern and fun artists. I don’t actually own any of their pieces, but I really respect their art. I let things happen naturally, you know, I let things just go with the flow because it feels good. Whenever I’ve tried to manipulate anything, whether its business or personal life, it never works.

What is your biggest passion at the moment?

I think right now, family. I’m single, but my next thing is creating a family environment. Having worked since the age of 13, it becomes part of your life. And it sometimes takes over your life. When you’re only in business, the only goal is more money. Because one thing about making money is that it’ll never make you happy. I’ll explain why: if I was to lose 100,000 pounds, which is relatively not a big figure, I’d be devastated. I get very sad when I lose money; I lost 10,000 on a poker game last week. If I do a deal where I make a million, I’m happy, but not as happy as I am sad when I lose ten grand. It’s relative. You lose a little bit of money, you’re devastated; you make a lot of money, alright, ok, you put it in the bank. Once you’ve bought the cars, the house, what do you do? Whereas family puts that in a whole different dimension. And I feel like that’s the next phase in my life.

You chose a subject and work on it very intensively, and you are successful. How do you do it?

I always tell people I’m not the most talented. I kind of stick to that. A bit like my art collecting – it was kind of an accident. I feel like I’m lucky because I put out good vibes. If I make ten I always give away three. I always support other people to help them make ten. I’ve always been like that since I was a young kid. I’ll always be overgenerous to people on the street, and I find it’s created a really good karma around me. So I get a lot of luck in my life – touch wood! – but I work extremely, extremely hard. I hate losing. I’m very competitive.

Did you art purchases happen all at once?

I slowly pick up pieces. I will go and see something. If I come to Dorotheum and find something that takes my eye I will definitely be interested in expanding. But it needs to come at the right time. I never force it. I’m not going to fly to China or Tokyo to an event to buy a piece. I’d have to walk past it and go, what’s that! 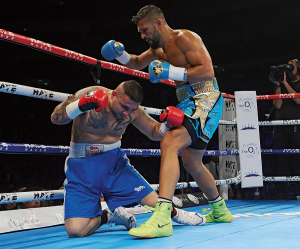 Do you get involved with the art world? Do you go to events, exhibition openings or parties?

I’m going to give you a totally different example, not art-related: yoga. I never liked yoga because I never liked the people who pretend that they’re yogis because they do yoga once a week. I like the exercise of yoga, but I don’t want to go there and go ‘ummmmm‘ and pretend that I’m a yoga Buddhist. No. I just like the exercise. It’s a bit like art: I feel like when people go to art galleries or art auctions they have to be arty. But I’m not arty, I’m a jock, I’m a sportsman, I’m a business man, I’m ruthless. You know, I’m like crass. I’m the opposite of an art person. So I always feel embarrassed to go to these things, because it will take me five minutes before I’m bored.

Your next project should be a book …

A lot of people have said that to me. I feel like the book isn’t finished yet. I’m either going to end up as prime minister or bankrupt, we’ll soon see! There’s no middle ground with me.

is a British businessman, multimillionaire, professional boxer, TV star, nightclub owner and art collector. Fournier was born in Hammersmith, London, but later moved with his parents to Monaco, where he spent his first few formative years. When his parents divorced, he moved back to London to live with his mother in Hounslow.

Fournier took a keen interest in sports at an early age. He began playing basketball in school and was chosen to be on England’s national team, leading 43 games as the team captain. He opened his first fitness studio in Hounslow, became a successful personal trainer with celebrity clients such as Gwyneth Paltrow and Paris Hilton, and published the hugely popular book “Red Carpet Workout”. In 2012 Fournier sold his company. He began opening nightclubs in London, like the Whisky Mist and The Rose Club. Most recently he opened Bonbonniere Mykonos. He nevertheless maintained his passion for sports and began a professional boxing career in 2015. According to the WBA, Joe Fournier is currently the 10th best light heavyweight in the world.

The 35-year-old enjoys being in the public limelight. Besides running his own charity, The Joe Fournier Foundation, he is prolific on social media and appears on British television.