Not even the current owner of the Ferrari 365 GT4 knew about the legendary first owner of his car. Niki Lauda got it from Enzo Ferrari himself in 1973, after signing up as Formula 1 driver. But who will win the race on 7 December 2022 in the single object auction at Dorotheum?

What are the chances of a young fellow at the tender age of 24 getting a brand-new Ferrari as a company car from his employer? Really, really poor, one would think, unless your employer’s name is Enzo Ferrari and you are Niki Lauda, and you have just signed a contract as a Formula 1 driver with “il Commendatore”.

It is not surprising that in September 1973 the young “Niki Nazionale” couldn’t help but smile while washing his car. He had just taken the first steps in his international career, so it was a pleasure for him to lend a hand. Almost exactly two years later, at the Italian Grand Prix in Monza, he became world champion for the first time – in a Ferrari. By then, Lauda hadn’t owned the originally silver Ferrari 365 GT4 2+2 for a while. It had been too difficult and too expensive for him to get the car, which he had been driving from the start with Italian “Escursionisti Esteri” (EE) license plates, through Austrian customs. And so, in January of his first year as world champion, he used the first opportunity to get rid of the Ferrari. Coming from the south, he had a mate just over the Brenner Pass, a Ferrari brand manager at Denzel in Innsbruck, to whom he wanted to offload the one-year-old car. Contrary to expectations, his friend declined, but he did have a brother, who took pity on Lauda and, as a trained tax consultant, wasn’t frightened off by customs intricacies. 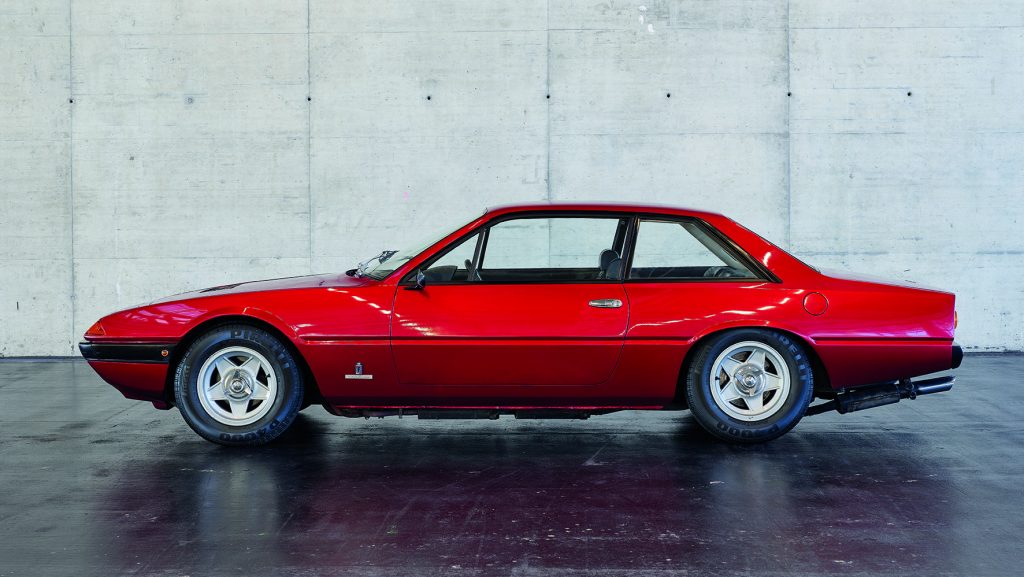 After two other, not entirely unknown owners (one of them Karl Oppitzhauser, a racing driver like Lauda, though not quite as successful; the other one Michael Denzel, offspring of Ferrari importer Wolfgang Denzel, who had the 365 GT4, originally grigio argento, repainted a kind of dark red metallic), Niki’s Ferrari disappeared without a trace. For decades, nobody really knew where it was, or whether it still existed. And not even its current owner had the slightest idea of the excellent provenance of his Ferrari, which was showing its age a little.

Well, the car has reappeared, and in December 2022, Niki Lauda’s company car will be sold in an exclusive auction at Dorotheum. We don’t think it will disappear again anytime soon.